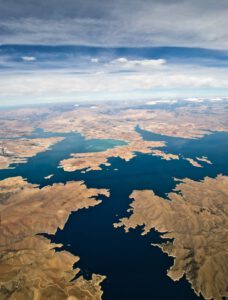 One of the marks of a God-given vision or assignment is that it would go beyond us and involve other people. Most times, these people will not just be beneficiaries or distant onlookers; they would be partakers and partners. The assignment of marriage and raising a family is a good example. You cannot be in a marriage by yourself. Likewise, when it involves some business, ministry or project, you will often need the cooperation and commitment of some other person or a group of people.

Be assured that when it is the will of God for you to do something that involves someone else, He is mighty to make sure that the other person cooperates and commits to you. It may be difficult, but you won’t have to keep kicking the goads and trying to force it.

Think about Cornelius and Peter in Acts 10. Just as God was giving Cornelius an instruction about Peter, He was also arranging things with Peter at the same time. If Cornelius had received the instruction and sent for Peter without God’s intervention, he would have met a stumbling block harder than old cement. Without that timely vision from God, since he was a Jew, Peter would never have gone off with Gentiles to the home of another Gentile. Even if Cornelius had come on his knees, crawling, crying and pleading with him or offering him money, Peter would not have gone to him without a clear manifestation from God.

So, do you believe God has called you to do something, but it seems like the people you have to involve are too distant, too unattainable? Maybe you are very certain that the pretty lady should be your wife. Or do you want to make some investments in some sector of the economy, and people have told that if you don’t know the Minister personally, it cannot be done? Or perhaps, do you feel called to join a big ministry, yet, it seems so impossible?

The hardest thing to change is another person’s mind. Just go easy on yourself and leave that task for God. He will do His good pleasure at the perfect time. You remember the God of the Bible who brought Joseph (a foreigner, slave and prisoner) before the great Pharaoh and brought Peter (a Jew) to the house of Cornelius (a Gentile)? Well, He is still the Lord and He is still in charge. His hand is not shortened and His power has not diminished.

He is the best networking pro, arranger and matchmaker in existence. Just ask for the wisdom to understand and play your part. Then watch Him play His part.