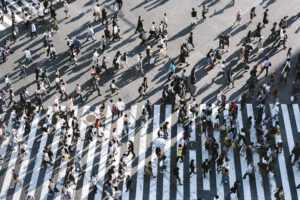 You have a vision, a dream. Not only do you want to do it, you also strongly believe that you have been called to do it. However, you look around, and in your city alone, a thousand other people are just the same thing!

Personally, I’m in the people development industry. In my capacity as Coach, Trainer, Speaker, Author and all those other titles, I have found many people who do pretty much the same thing. In almost every square mile, I find another person who does very similar things. And there I was feeling very special and ‘called’. I would have run back to being a full-time lawyer but I knew I wanted to do this.

Believe it or not, having many players in your field can be a little discouraging for a number of reasons:

One, we want to be unique. No one really likes to discover that so many people are involved and doing the very thing they felt specially created and fashioned to do. Two, we start to share a very real concern that the ‘market’ for the idea or calling that you have may not go round. Three, there is the very real possibility that some charlatans are doing it and giving the industry or business a bad reputation. Four, why bother to ‘crowd’ the scene? Wouldn’t it be better to just find something else to do?

Except that this is what you really want to do.

I certainly went through all of these concerns, and I’ll share how I finally got over them. I changed my reasoning by replacing certain beliefs and reinforcing other ones.

My most compelling belief was spiritual: God does not make mistakes. If He formed and called me to do something, and He has put that desire in me, then I am needed.

You are needed, too. No one has your exact kind of background and experiences. Even if your vision is shared by thousands of other people, no other person shares the unique flavour that you’ll bring to that vision.

Next time, we’ll discuss the remaining beliefs that helped me to get over my hindrance of doing what I wanted to do in spite of a ‘crowded’ field.

You can be ALL that you were created to be. 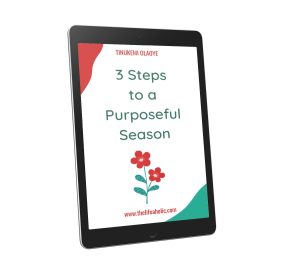