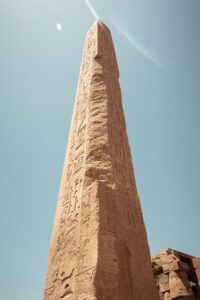 How could a human being like us serve so faithfully in such horrible circumstances? He was sold as a slave by his own brothers in an act of gross betrayal. Then he was paraded in the slave market with all his dignity stripped off him. He had a right to be angry. His anger and hurt would have been justified. If he ever went into depression, it would seem justified, too. And if he had fallen for Mrs. Potiphar, well, he would ‘deserved’ a little sin. Afterall, he had been a good guy in spite of the unfairness that life had dealt him. He certainly didn’t have to be so useful in prison, he was entitled to a grumbling disposition, after all, he was being punished for something he didn’t do. And he didn’t have to be nice to anyone, least of all his fellow prisoners.

How did he do it? How did he manage to stay positive and serve others after all the unfair things that had happened to him?

This wasn’t recorded in the Bible, and that’s why I call it a secret: Joseph must have asked God for help. He must have prayed and been strengthened from heaven. We know he knew and feared God.

It is just not human nature to be confronted with everything he went through and still turn out good. The natural thing for him was to bear a grudge and do his work half-heartedly, not to keep winning Employee of the Year.

And here’s the lesson: when we are confronted with things that are seem so impossible for us to do, we should pray. We need to pray. We couldn’t do it otherwise. There’s no point trying to do some things in our own strength or just based on determination or willpower alone. They will only take us so far. We have the advantage of prayer.

When it’s time to serve an undeserving boss, to forgive the betrayal of a spouse, to work without acknowledgement, to open your heart to your cantankerous in-laws, to overlook the hurt of your friends, then it’s time to pray. Oh, Joseph was strengthened from heaven. He couldn’t have maintained a positive attitude any other way.

We can learn from Jesus, the Author and Finisher of faith. At the time of going to the cross, He didn’t rely on willpower. He prayed. And He was strengthened by angels. We can be strengthened too. We need to pray.